Shooting Clouds from Behind the Lines 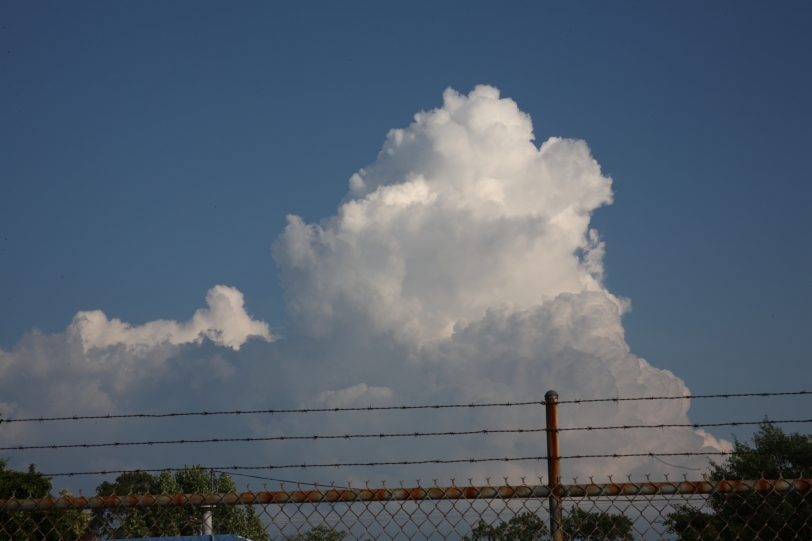 As I was leaving work a couple of weeks ago, I saw two impressive clouds. Even though I was really tired and ready to go home and crash, I couldn’t let the opportunity pass. If you’ve followed this blog for more than a few weeks, you probably know I have a fascination with clouds. Cannot explain it, but the right kind of cloud can just make me gawp and grasp at my camera.

So, I tossed my things in the car, put the Canon around my neck, and started walking. 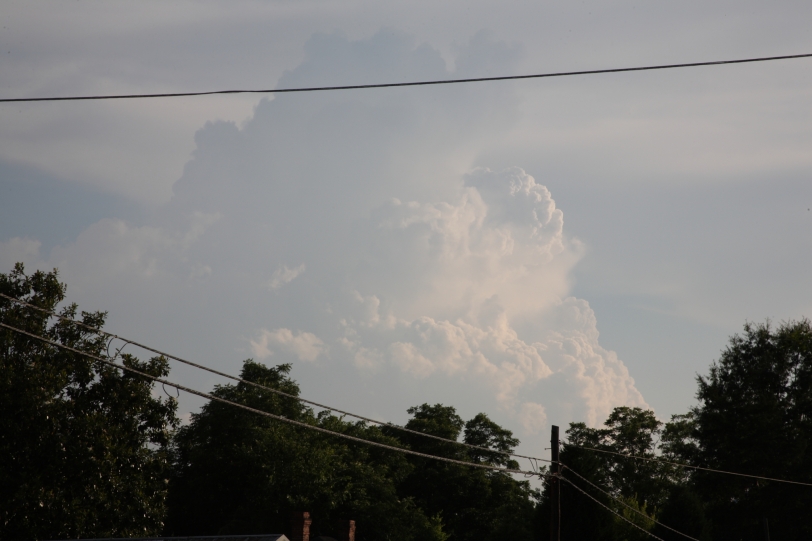 These clouds were very big but also low-lying. Both had buildings and trees and telephone poles in front of their lower halves no matter which way I walked. After going on an hour of walking – in the heat, with long sleeves on (knew I should have washed clothes that weekend!) – I was exhausted and aggravated. Although I had gotten a few good shots, most were partly blocked by ground clutter.

Ultimately, that gave me this post’s title. If you can’t edit out the telephone lines – just make them a part of the story. (Teach them a lesson.)

After that first hour, I was ready to give up and start walking back to the car. I had reached a corner where I could look down a long stretch of road leading to train tracks. Telephone lines and buildings all the way. There was no way that I wanted to keep walking.

But – I felt that God was nudging me on further. Even aggravated, I still knew that he usually knows what he’s doing…so, I headed down the street. 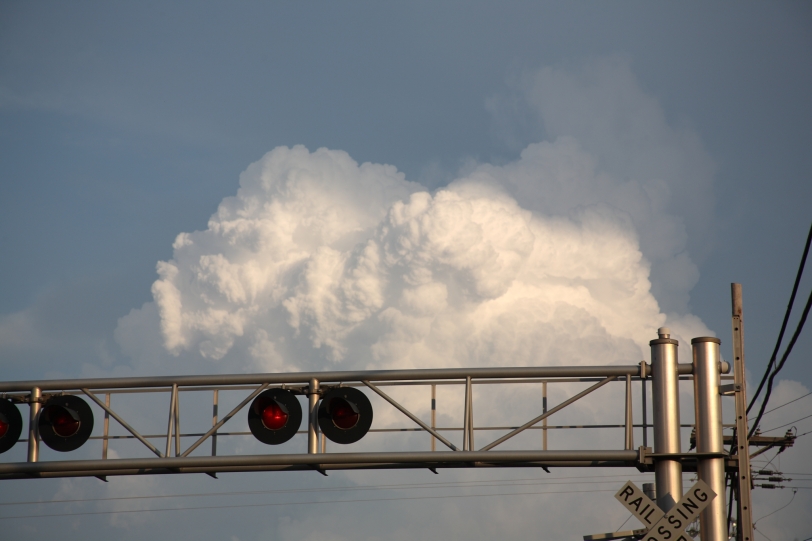 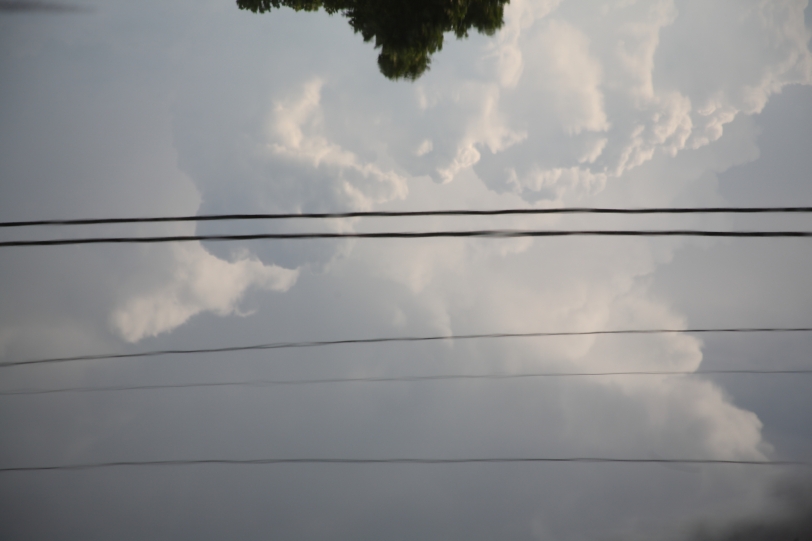 Glad I kept walking. All told, I walked for two hours, and was really exhausted by the time I got back to the car. There are even better cloud pictures from that walk at “Yeah. Clouds.” and a few cactus shots at “Losing Light and Focus IV”. I will get at least one more post out of these before I’m through. Haven’t even posted the sunset shots. 8^). Definitely worth it. 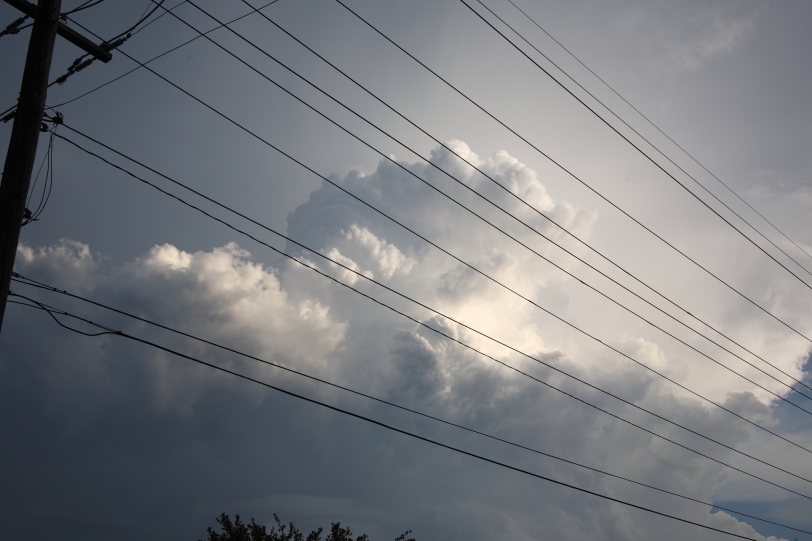 2 thoughts on “Shooting Clouds from Behind the Lines”