Swims a Swan of Sable Plumes

I’ve been writing a lot of poetry lately – just not posting it here.

There’s a very simple reason for this. My blog is so heavily photo-centric, that I have really resisted the idea of just posting poems without pictures to go with them. And – with the poems on the blog before now – I’ve usually worked hard to have photos that complement the poems.

Well, I’ve delayed as long as I can about that. I have a huge backlog of poems that I’ve already posted through my twitter account, @ScotsWanderer , and a long dry spell of leaving “Though I Fall” in the lurch. Not sure yet how I’m going to do it (though probably more than one way).

Starting with a few twitter poems that have associated pictures, the previous one was “Swimming in the Moonlight”. This one was inspired by one of my favorite poets on Twitter. Going by the name Sable Swan, she tweets from @sable_swan . If you’re interested in “micropoetry”, or just really good poetry, you should check out her feed. 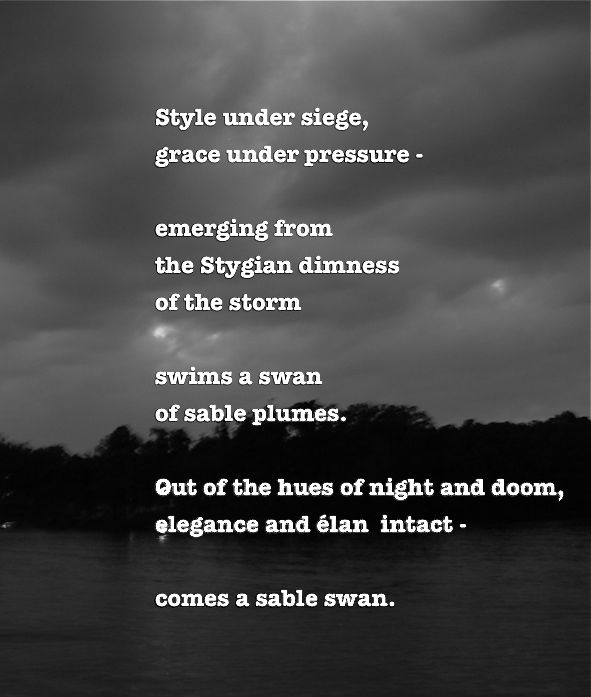 2 thoughts on “Swims a Swan of Sable Plumes”